But February Made Me Shiver...

Note: This is a fairly long (yes, even for me) rambling post, loosely tied together by a single song and its lyrics. It's been a while since I've posted--I guess that I've been storing a few things up--and it's a little more autobiographical than my usual posts. So I hope that anyone who reads my blog will indulge me, just this once. If you aren't feeling up to a long read, well... you've been forewarned. :)

Assuming that I actually manage to finish this post before midnight, it will publish on February 3rd. 50 years ago on this date, a plane went down some 5 miles from an airport in Clear Lake, Iowa. The Big Bopper was 28, Buddy Holly just 22 and Ritchie Valens a mere 17 when they lost their lives in that plane crash. All three had so much individual potential; their collective loss was a huge blow to Rock 'n Roll--at least in retrospect. (Rock was too young, I think, for most people to realize what it meant at the time.) 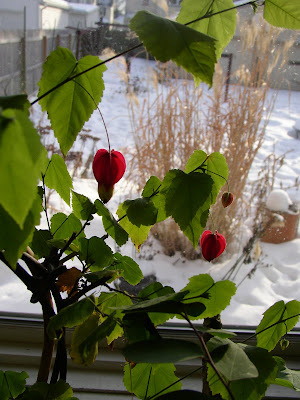 Because I tend to ask lots of questions, and because my Mom has always been able to share all sorts of interesting answers (even before you could rely on Google for them) I learned early at a young age that this plane crash was the raison d'etre for Don McLean's song, "American Pie." Mom had that song on an LP, and it was one of the first songs that I remember making an effort to memorize when I was a kid. 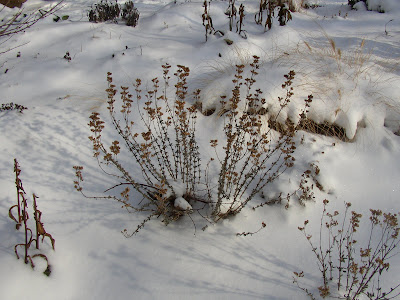 I can still remember how that music... used to make me smile...

It sounds like a daunting task, but I had plenty of opportunities to hear and learn those lyrics. Dad would bowl on Friday nights, while Mom stayed home with us kids. We'd play board games, watch TV, or listen to music (from Le Chic to Bonnie Tyler to the Everly Brothers to Bread) and sing and dance around the living room. Mom didn't have a lot of records, so we listened to some on repeat... and, really, what mother wouldn't appreciate replaying a song as long as "American Pie" that could keep three children amused for almost 10 minutes at a time?!

(Random side note: When we "behaved all night," Dad would swing through McDonald's after bowling to pick up two large French fries--a rare treat--for us all to share. I'm very grateful that cell phones did not exist back then, because for some reason Dad always thought we were good. Even on days that we probably didn't deserve even a single french fry.) 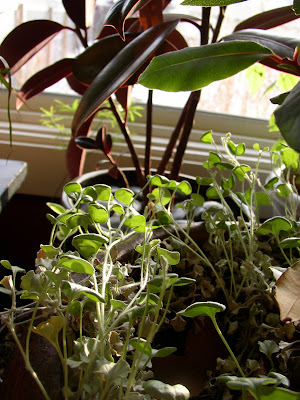 Now do you believe in Rock 'n Roll? Can music... save your mortal soul...

I don't know about saving my mortal soul, but I definitely believe in the power of music. It has figured into my life a lot over the years, from exchanging mix tapes with my friend Jessica (and various boys)... to providing a little extra push for anything from exercise to moving out of the house I bought with my then-husband... to offering an escape through concerts and dance clubs. 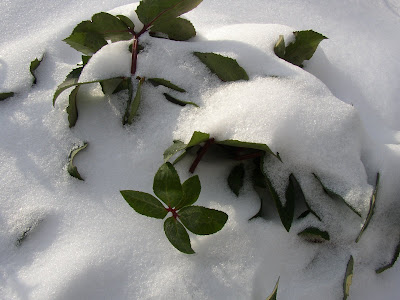 And I knew if I had my chance... that I could make those people dance... and maybe they'd be happy for a while...

There are even certain songs that serve as my personal soundtrack, they feel so intertwined with specific parts of my life. Most of those "soundtrack songs" come and go, but "American Pie" has been something of a consistent thread. It pops up at odd times, and is pretty much always taken as a good omen when it does.

For example: On the way home from shopping in Cincinnati once, Mom and I were having a discussion about whether the wedding dress I fell in love with that day was "the one." As if on cue, the opening notes strummed across the radio, and we looked at each other and laughed. Don--and some DJ on WOFX 92.5--had settled that question. 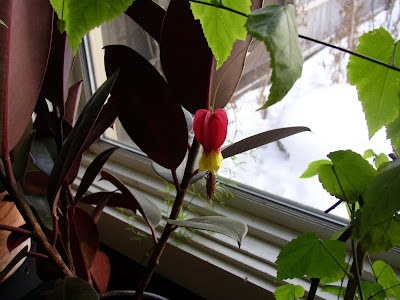 (I maybe should've asked the "radio gods" instead if the guy was the right one... but hey, we had our chance. We danced at the wedding, and we were happy for a little while. And that's something, right?)

I didn't make mention of this at the time, but Brian and I broke up in October. It was almost a year in the making, and I was completely at peace about it when the time came. (It wasn't a nasty breakup, and it definitely was best for both of us, I think.)

My work schedule is absolutely insane during the winter time, and so I definitely wasn't looking to date anyone for a while. And then, unexpectedly, a friend... turned out to be something more. Something very honest, open, real, and fun... something new and exciting, yet familiar and secure all at the same time. I often find myself trying to hide a silly grin when I think about him... and that's probably all that needs to be said about it, for now. :) 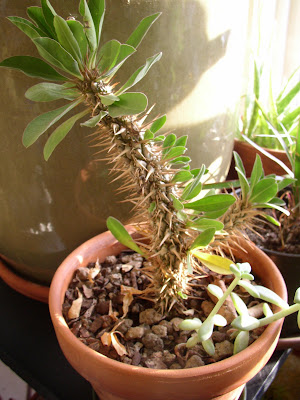 Oh and, while the king was looking down... the jester stole his thorny crown...

This winter, I have absolutely packed all kinds of plants into my dining room window. And my bedroom window. And the landing of the stairs below the south-facing window. And on the hearth for the fireplace that is no longer in the living room--because there are still tiles in the floor there, and it's easier to put pots on tile than worry about hardwood floors. And I have to admit that I'm running out of room... I am SO going to have to edit my plants before next winter! 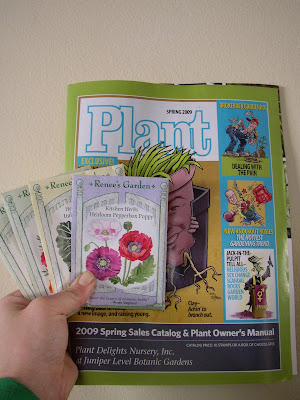 And while Lennon read a book of Marx... the quartet practiced in the park... and we sang dirges in the dark...

Okay, so Tony Avent's catalogs are more funny a la Groucho, than political a la Karl. But I've been longing for more than just one full day off so I can really dig into the Plant Delights catalog. And there's a quartet of early seed purchases in my hand, at least: 2x 'Tropical Sunset' California poppies, Heirloom Pepperbox poppies, and Italian Silver Rib Chard. It's shaping up to be an interesting year in the garden--and in my life.

And with that, I'm going to go. Not quite to sing dirges in the dark, but to listen to some music on my new MP3 player (thanks Mom and Dad!) while I fall asleep. Maybe even a little Don McLean.
Posted by Unknown at 11:59 PM 38 comments: Links to this post