Bringing Out My Dead (But Maybe They're Not Dead?)

Ever since I read Kristin Green's "Down to earth - bring out your dead" post, I've had Monty Python quotes running around in my head... which is never really a bad thing.  It's funny that she went that route, because whenever I find new things sprouting in the yard, I've been calling out Steve: "Look! I'm not dead!" in my best Python impersonation.

There are quite a few plants that are still on the fence this year about their Dead/Not Dead status. These poor brugmansia 'Charles Grimaldi' cuttings spent the winter sitting in a jar of water after I took them home in the fall:

All of the smallest cuttings bit the dust over those 5-6 months (!!!) and I potted up the rest in the urn this spring. The little guy on the left didn't make it, the leafy one in front is doing well, and the other two lost any leaves they have but have resprouted since... so there's still hope for them.

Definitely dead are the cannas that I tried to overwinter in a big pot in the garage.  After weeks of looking at this... 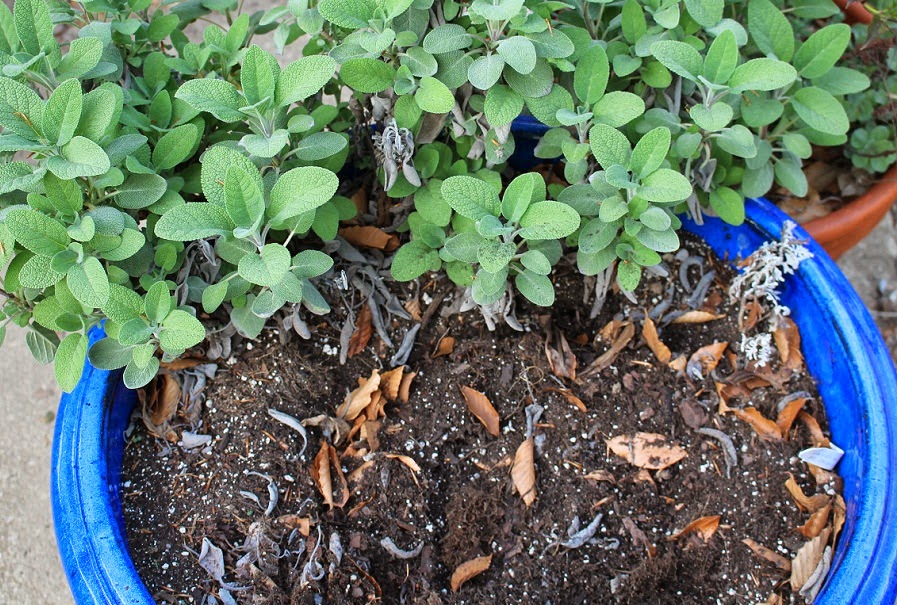 ... I dug around and found a few clumps of mushy corms. I'm not sure whether they were overwatered in the garage, or whether the couldn't take the bitter cold, but I will definitely go back to digging them out for dry basement storage next year.

One plant I'm REALLY not sure about is my 'Sky Pencil' Japanese holly.  It actually looked okay for most of the winter, but come early spring, the leaves started to turn brown: 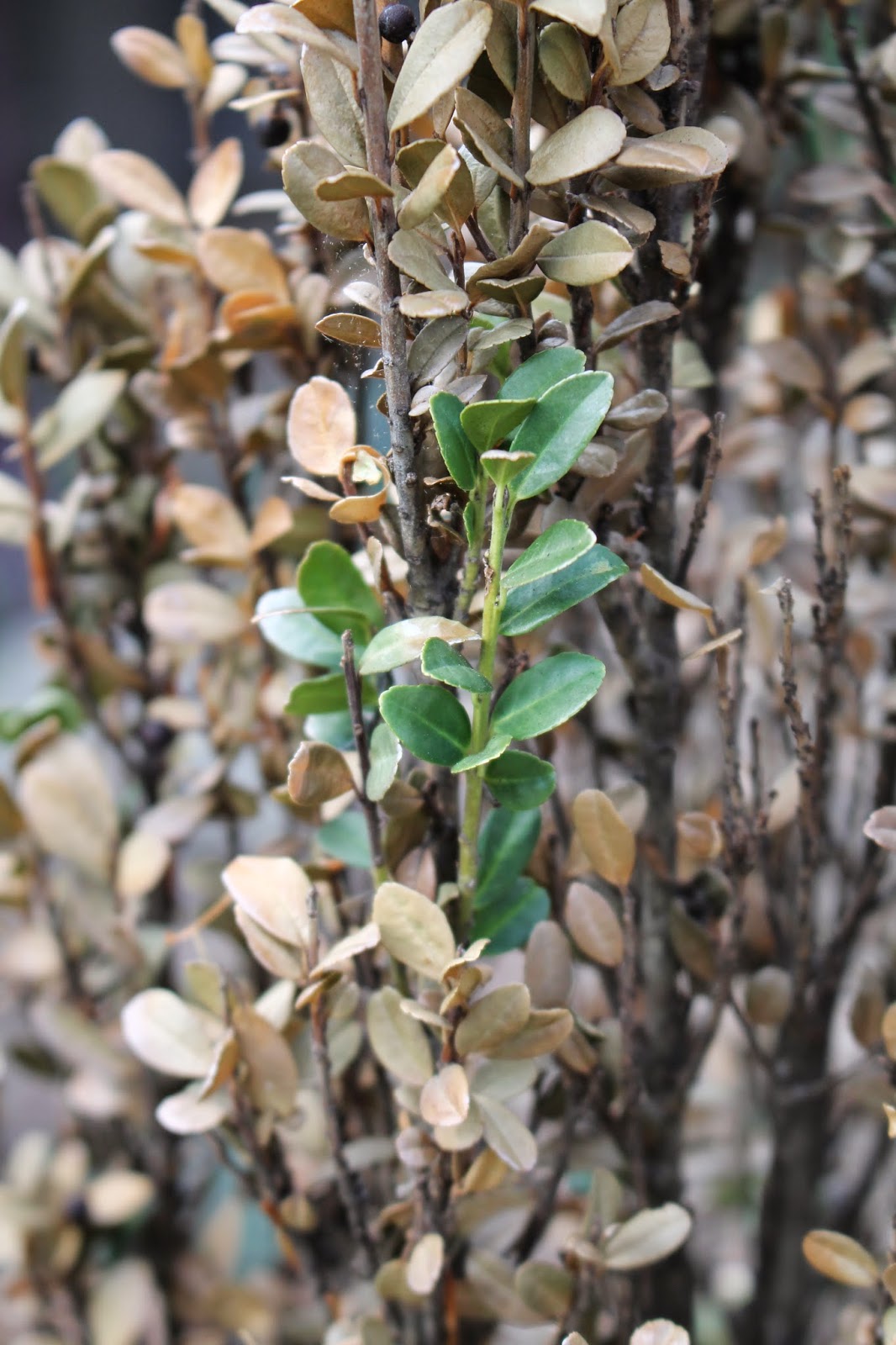 There are still a few green sprigs throughout the plant, though, and the base looks like this: 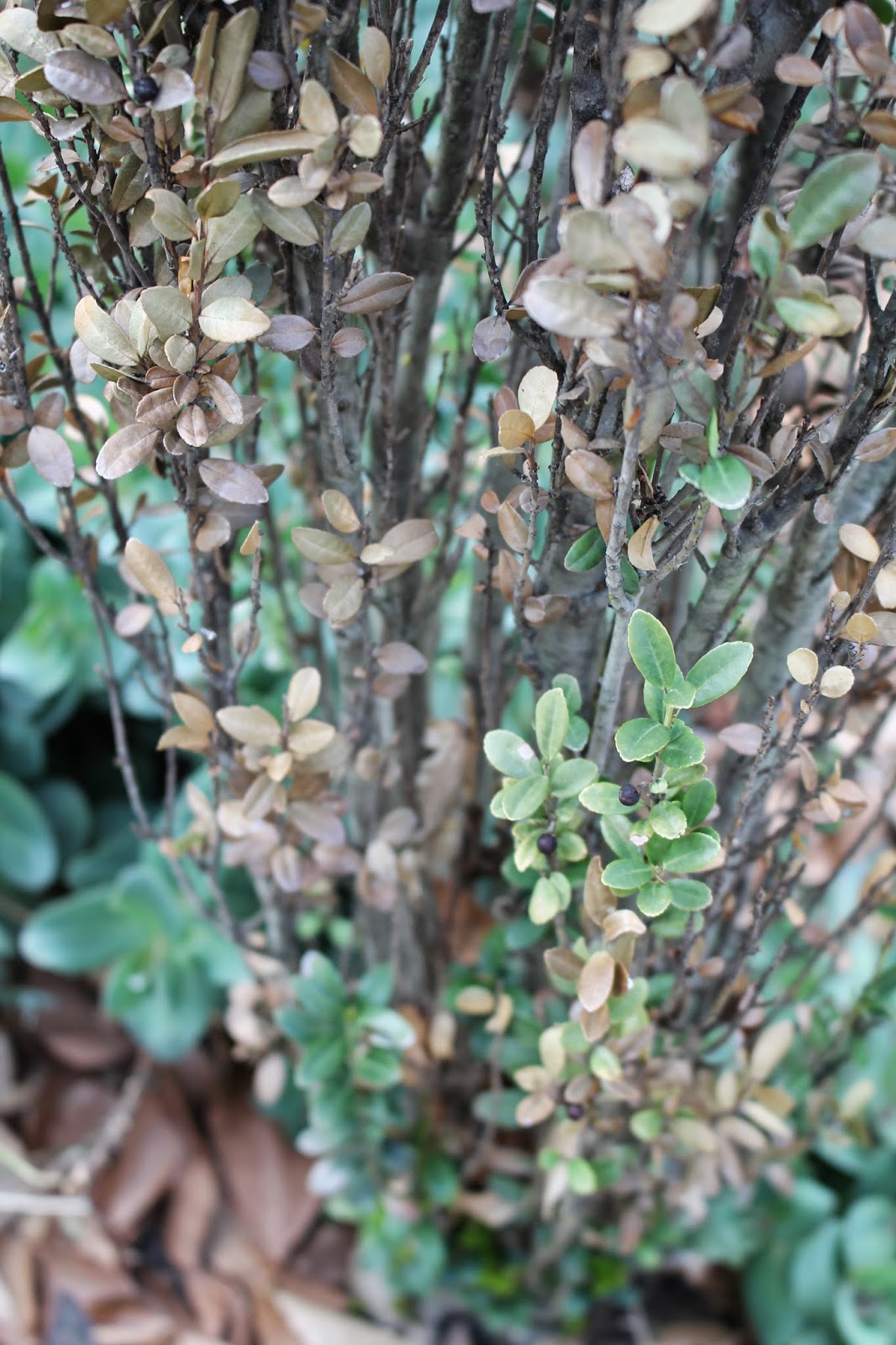 I think that the plant is still alive, because there are even some new green leaves at the very bottom. So the question will be: If the branches all (or mostly) died back, will I want to cut it back and wait it to get back to its current 4ft height... in another decade?  Right now, I'm thinking no.  So I'm still in wait-and-see mode.

Since I don't like to end posts on such a negative note, let's go through a short list of things I thought were dead at one point, but which aren't:  'Concord' and 'Himrod' grapes, and my 'Brown Turkey' fig that overwintered in the garage with the cannas.  It took a while for the fig to leaf out... but here's proof that it's "Not dead yet!" 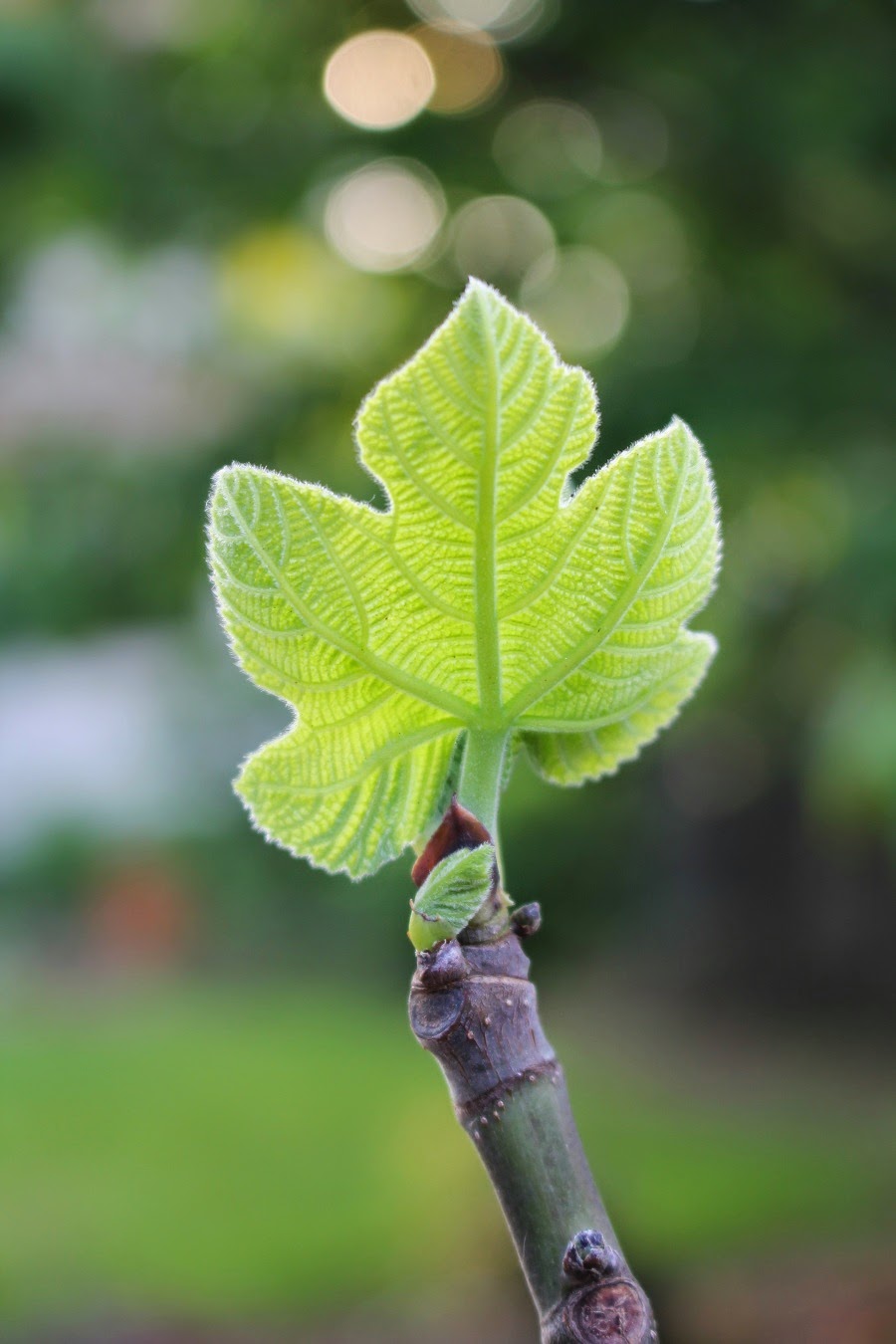 Did your garden have an easy winter this year?  Or did you lose a few favorite plants, too?
Posted by Unknown at 8:20 PM

I had some die out this winter. I lost most of the boxwoods in my knot garden. They were just getting large enough to look like a knot. ha... Several shrubs had big hunks of dead in them. I just started whacking. Most have shown some improvement. I don't have the patience to wait for the boxwoods to come back from the little bits of green. I will replace them this year at some point. I have rarely had luck overwintering cannas.

I've found myself in similar quandaries over whether or not it's time to give up on a plant. In my area of Southern California, it's not winter that presents the problem but rather summer heatwaves, which this year kicked off in May. I pulled some things out and cut others back. I thought my Clerodendrum ugandense was dead but it's surprised me and shows signs of coming back - still, as you described with the holly, I don't know if it's worth hanging onto for years until its ready to bloom again.

Oh, Greenbow Lisa, isn't that the way the timing always goes?! Bummer on the knot garden. I have had some luck overwintering cannas in the basement... but I'm just not good at remembering to dig them up, etc. I decided to put Steve on that task this year--he's better at things like that!

Kris, I had to google that clerodendron... but after seeing the pretty blue flowers, I can see where you might be tempted to wait on it! The thing that scares me most about 'Sky Pencil' is that it's supposed to be a strong, upright vertical. After getting topped off by Mother Nature... will it ever actually end up having a pretty form again? I have no idea. :-(

By the way, interesting that you have some of the same plant-loss issues that we do, but in the heat of the summer. That's a pitfall I had never thought about while drooling over your SoCal garden!