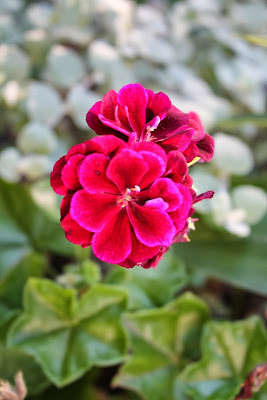 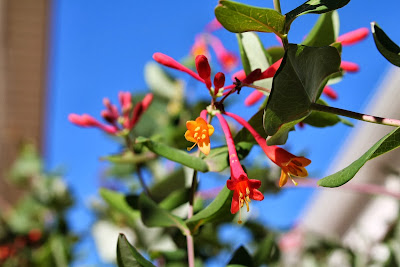 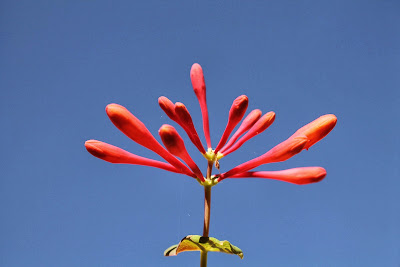 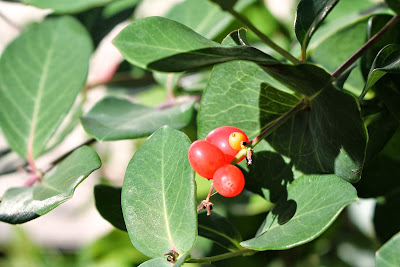 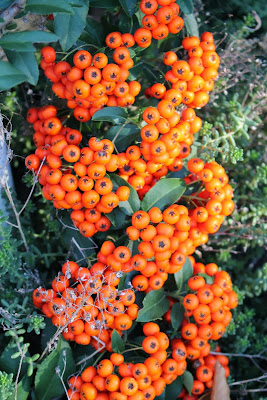 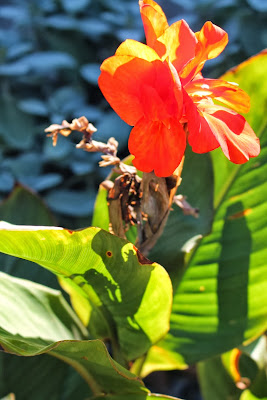 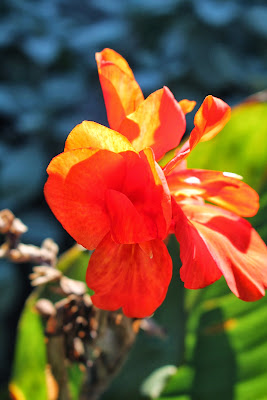 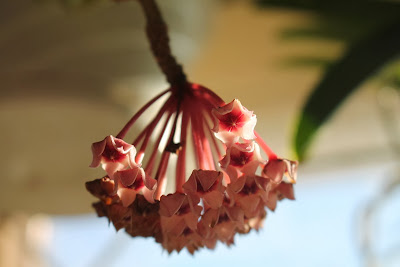 For more of what's in bloom around the world, check out Carol's October Garden Bloggers Bloom Day post.
Posted by Unknown at 12:51 AM

I got a Hoya bloom too! The plant has been in a pot for years doing nothing. I moved it a few feet and suddenly it's blooming - maybe it's just the time of year since yours bloomed this October too. Happy GBBD!

Kris, I think it must be the year for miraculous fall hoya blooming... because I finally gave in and repotted mine this spring, so I thought it would be YEARS until I got to see the blooms again! :-D

Happy GBBD. Not much blooming here now. I have many little spits and spurts of flowers but nothing that would make your heart sing. Mainly everything is readying itself for winter. It won't be long now. Frost and even snow flurries are predicted for next week. We will see what happens.

Happy GBBD day to you, too, Greenbow Lisa! I'm not sure that any of my blooms (except maybe the hoya) make my heart sing. They're all kind of bittersweet, since I know that this is the end of the season. :-)